Efficiently handling time-triggered and possibly nondeterministic switches for hybrid systems reachability is a challenging task. In this paper we focus on periodically controlled systems with fast-switching controller dynamics, which often require simulation time scales of the order of nanoseconds. Accurate set-based computations for such systems with relatively large time horizons are expensive due to the accumulation of errors in the discrete transitions. We present an approach based on conservative set-based enclosure of the dynamics that can handle systems with uncertain parameters and inputs. We demonstrate our algorithm on the plant model of an experimental electro-mechanical braking system with periodic controller.

Timed systems play an important role in modeling and analyzing cyber-physical systems. In this work we consider a class of hybrid-automaton models with continuous dynamics and time-triggered discrete events following a periodic clock. We propose a reachability framework to compute an overapproximation of the states reachable by such systems.

Conventional techniques tightly integrate the computation of the continuous behavior and the discrete events. Our approach allows to separate these concerns for the model class considered here, which simplifies the analysis drastically in practice and allows us to plug in any reachability algorithm from the literature.

As a case study, we consider a parametric model of a cyber-physical system consisting of an experimental electro-mechanical brake and a software-implemented periodic controller. The model was originally described in earlier work by Strathmann and Oehlerking where the authors developed a simplified version of a nonlinear system. The model is representative of real challenges in the automotive industry and allows the application of formal methods during development. Computing the reachable states for this simplified model takes twelve hours using the previous approach, and less than a minute with our approach. 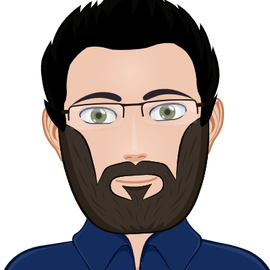 My research includes developing numerical methods and software that impact decisions regarding reliability, correctness and safety of systems. I specialize on formal verification of Cyber-Physical Systems (CPS), hybrid dynamical systems, and robustness analysis of neural networks.